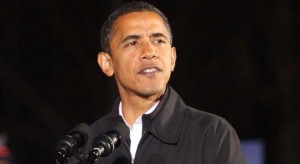 Barack Obama’s approval ratings are at 50 percent. According to Donald Garrett, a  student senator, “Barack is doing great things for our country. In order for his numbers to be higher, he needs to work towards more bipartisan solutions.” Conversely, economics major Brett Baker has been “disappointed overall” and wishes President Obama had chosen not to continue the Patriot Act, as it “infringes significantly on our freedoms.” See? Fifty percent approval.

But in all seriousness, a poll conducted by CNN and the Opinion Research Corporation International did show Obama’s approval rating to be, in a steady fashion, up to the halfway mark. It’s surprising even to me that his approval ratings are so high — about the same as Ronald Reagan’s at this point in his first term and higher than George W. Bush’s — and it leads me to wonder what he’s done recently that’s so right.

On the domestic front, he signed the National Defense Authorization Act into effect — legislation that includes a wildly unpopular clause which allows the government to detain suspected terrorists — only a few weeks ago. And just this alone has been seen as a permanent blemish on his record by conservatives and liberals alike. He has not closed down nor has he ended the Bush tax cuts — both promises on which he ran his 2008 campaign. On the other hand, he also saw that the outdated policy of ”don’t ask, don’t tell” was put to rest under his administration. And he has taken a harder line concerning the top few percent paying their share in taxes. His health care law is either popular or unpopular, depending on your personal political leaning. In fact, it seems Obama rides precariously towards the middle when it comes to issues, yet somehow has a unique power to be blindingly polarizing. So has he done something internationally to spark such a favorable rating?

I’ve heard many people describe his international policies as “invasive,” some even going so far as to call him an “imperialist president.” I think it’s inaccurate to call Obama an imperialist, but I do concede people’s concerns over the potential of his policies to be intrusive. I think it’s important to put yourself in the shoes of a country being occupied, as Ron Paul said in one of his more popular speeches on international policies. Describing a fictional scenario in which China maintained military bases in Texas, he went on to describe the Chinese forces on those bases as occupiers to whom the laws of the U.S. Constitution did not apply. This hypothetical occupation was supplemented by the murders of thousands of innocent civilians who weren’t totally sure why the Chinese were here. Paul’s speech invokes the  war and it is 100-percent accurate in its claim that we’re all too often seen as intruders. In fact, after Saddam Hussein was removed from power under Bush, many Iraqis felt that the   United States had no further role. They were left wondering why a country would promise stability and democracy, but at the same time carelessly drive tanks through mental hospitals and leave as if they hadn’t just released hundreds of unstable sentient beings into the street to be killed, mugged and God knows what else. Why would a country that promises democracy be arrogant enough to believe democracy is something that a broken country can just download, all the while being sanctioned by the U.S. government under the auspices of international security? You’ve removed the thug from power, so get out of the country.

I have no doubt the concern is that Obama’s policies will lead to occupation of countries currently experiencing uprisings. But in almost every circumstance, the  government has aided to no greater a degree than was asked for by the given regime’s protesters. So imagine your leader, whom the United States supported for the past 30 years, is bombing your family; imagine your leader is torturing you for disagreeing with his opinion. Would you not shake hands with the Devil if you knew it would offer you security and hope? Recently I’ve heard that a Syrian ambassador pleaded for help for the plight of his country and those protesting against Assad. He didn’t care who came to Syria’s aid. He just wanted help. So people need to draw a line between “imperialism” and “aid,” because the two concepts differ greatly. And while I do not believe in occupying a country in brutal civil war, I do think the president’s policies of offering limited aid to countries in need will go down in the history books as being the right choice. Domestic politics can obviously be more partisan, but I do think President Obama has a fairly good record on job creation, especially with his new focus on bringing jobs back to the United States. I also think he’s underrated when it comes to his social policies. He’s hired more LGBT people than any administration in history and has included the harassment of LGBT people in his hate crime legislation.

All things considered, I think Obama’s trying — and sometimes that’s all you can do. The more politically involved I became at Mason, the more I hoped for Obama to be one of the best presidents in history; now it’s obvious that all hope of his face being carved into Rushmore is gone. But with the current Republican lineup and the president’s approval ratings at 50 percent, I just don’t see anyone beating him.

This article was originally published in the 2/20/2012 issue of Broadside, George Mason University’s student newspaper. It is by Will Rose, columnist.