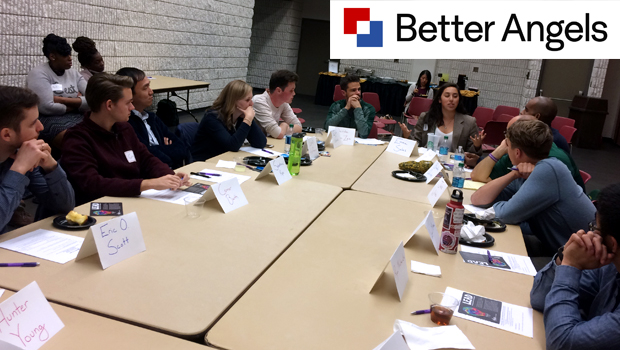 LEAD Office hosts an event bringing opposite political ideologies together

“The mystic chords of memory, stretching from every battlefield and patriot grave to every living heart and hearthstone all over this broad land, will yet swell the chorus of the Union, when again touched, as surely they will be, by the better angels of our nature.”

These words, spoken by Abraham Lincoln in his first inaugural address, called for peace and unity in an America marked by cultural division. In today’s America, a nonprofit called Better Angels hopes to repair the political divide in the wake of President Donald Trump’s election.

The group held an event at Mason on Monday, Oct. 22, co-hosted by the Leadership Education and Development (LEAD) office and the Office of International Programs and Services.

“It’s about understanding,” she said. “We’re trying to find out what we can learn from each other.” 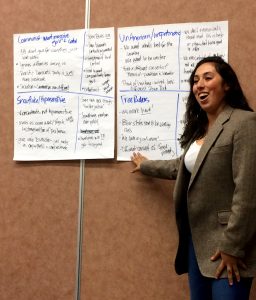 “[I’m here because] I love talking to people and understanding how our differences affect us,” noted blue Elijah Nichols.

The first part divided the two groups into separate rooms and asked them to identify stereotypes about their political ideology— first by sharing stereotypes they believe the other side believes about them, discussing what is wrong with those stereotypes, and then considering what may be true about them.

Stereotypes that the blues came up with included “communist,” “snowflake (or hypersensitive),” “un-American,” and “freeriders.” Although they agreed that these terms were mostly extreme in describing their ideology, they agreed on certain “kernels of truth.”

For example, the blues discussed the fact that some blues are self-identified communists, that they do tend to be more sensitive to social issues, and that they support a social safety net for all “just for being human.”

The red stereotypes were “not caring about the poor,” “all rich white men,” “racist” and “homophobic.” They agreed that, in reality, they support a more or less “trickle down” economic system, that a large amount of reds are white men, and that a small minority of reds are in fact racist or homophobic— noting, of course, that these things do not represent the whole ideology. 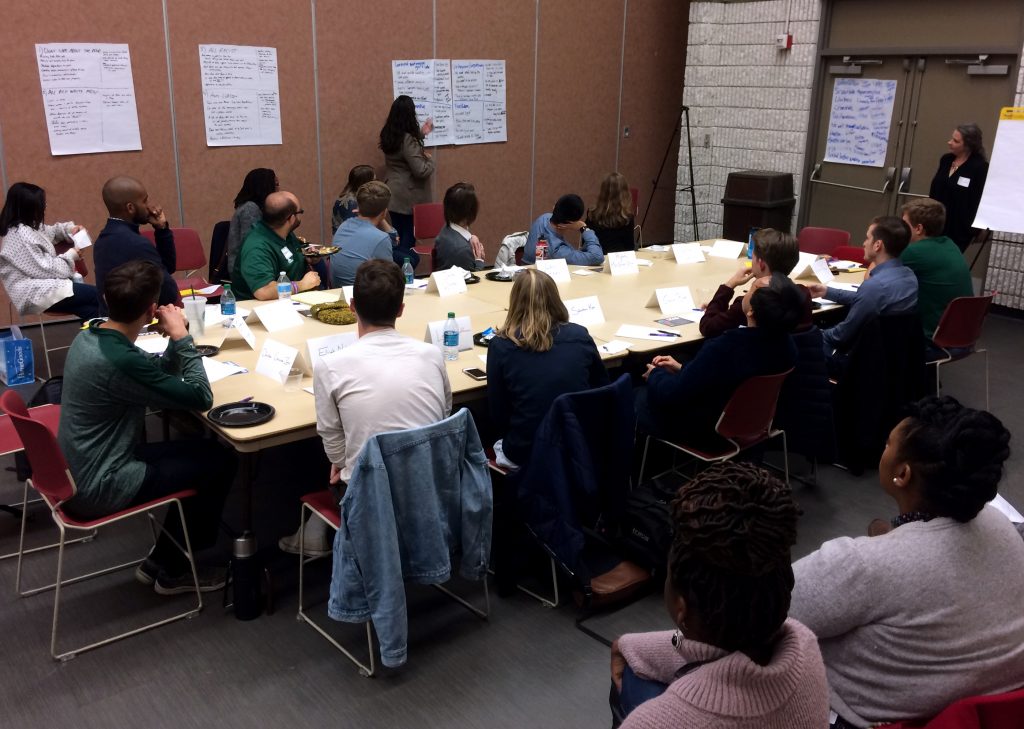 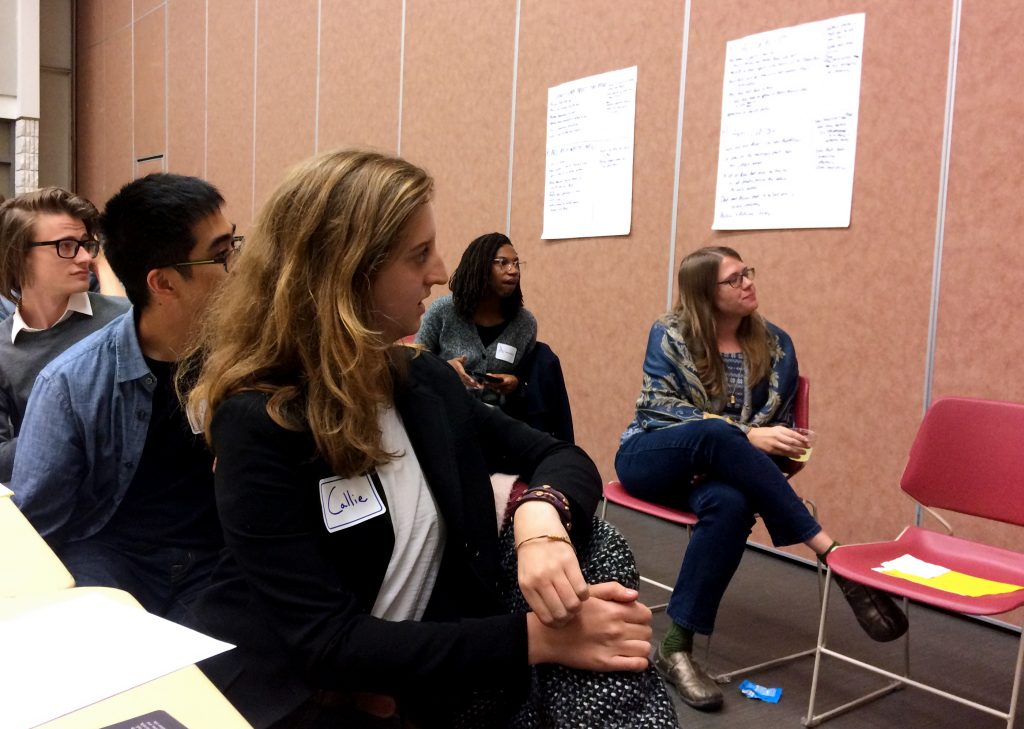 “No one thinks they’re the bad guy,” said blue Levi Mitzen. “It’s always interesting to see how the other side sees themselves.”

“[It’s] constructive… having us think about what other people think of us,” agreed red Biruk Esubalen. “[It’s] conducive to a good conversation.”

However, not all participants were impressed with the workshop, believing that it may have missed its mark or not been effective enough in bridging the divide.

“I haven’t heard an opposing viewpoint… [it’s] too polite,” noted red Jace White about an hour into the approximately three hour-long event.

“[It’s] helped me prepare to address [the views] of people on my own side and the other,” red Leah Hoffman added.