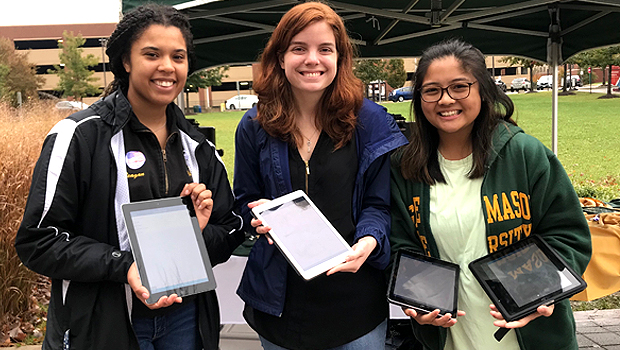 Student Media and Mason Cable Network conducted exit polling outside Merten Hall on Election Day to learn more about what issues and candidates were motivating factors for student voters in the 2018 midterms. 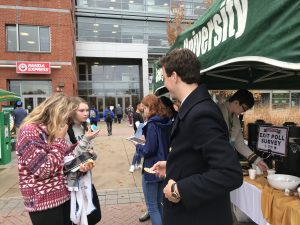 Despite the rain, over 280 students completed a short exit survey after voting at Mason’s on-campus polling place, and the results were announced on Mason Cable Network’s LIVE election coverage on Tuesday evening. Click here to watch MCN’s full election night broadcast on YouTube. 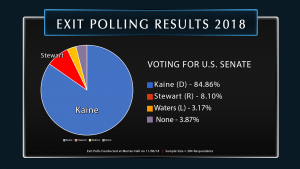 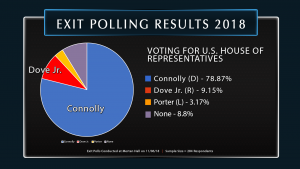 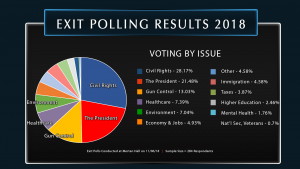 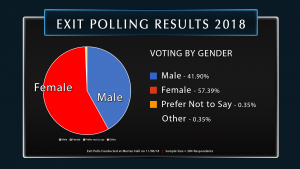 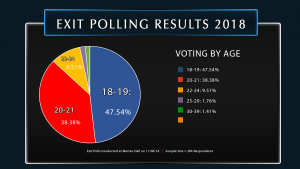 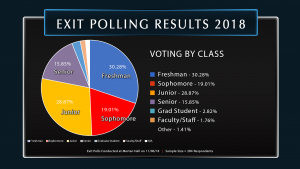