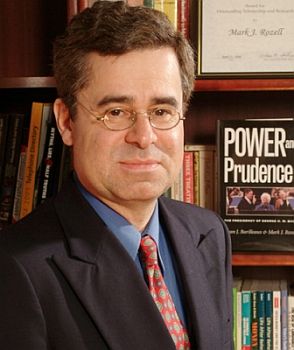 Prof. Rodger Smith, GMU Dept. of Communications and WGMU Faculty Advisor, interviews Prof. Mark Rozell, GMU Public Policy.  This is a two part of interview with Mark Rozell, the author of nine books and editor of twenty books on various topics in U.S. government and politics including the presidency, religion and politics, media and politics, and interest groups in elections.

He has testified before Congress on several occasions on executive privilege issues and has lectured extensively in the U.S. and abroad.

Professor Rozell writes frequent op-ed columns in such publications as Roll Call and Politico. He is often asked to comment about his areas of expertise for television and in publications such as The Washington Post and Time Magazine.