Virginia Senate candidates George Allen (R) and Tim Kaine (D) faced each other for their fifth and final debate this 2012 election season October 18, 2012 at the Haymarket Theater in the Virginia Tech Squires Student Center. 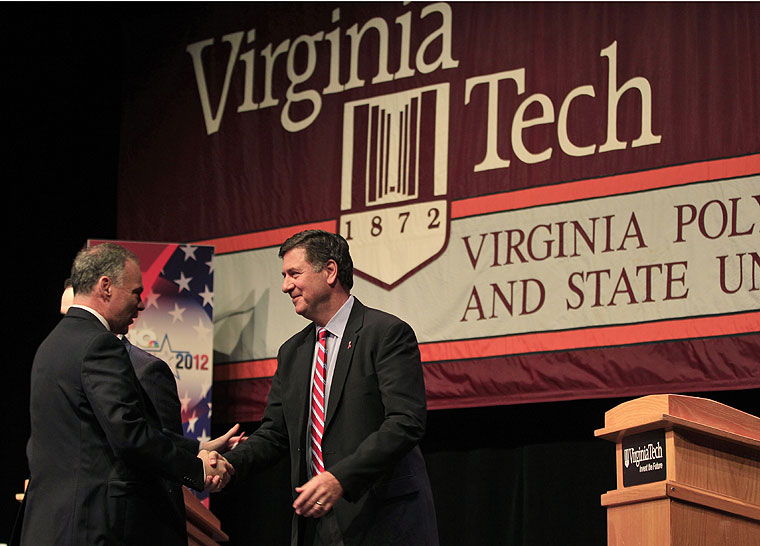