Patrice Winter, a physical therapist, is running for Virginia’s 37th District Delegate. Winter has lived in Fairfax City, located within the 37th District, for 25 years. She believes that her experience with small business, education and health care will give her a unique perspective for this position.

Prior to her campaign, Winter ran her own Fairfax based physical therapy practice for 17 years. It is during this time that she developed an understanding of the challenges that small business owners face in today’s economy. As a delegate, she will work to lower taxes on small businesses and to minimize the burden placed on business by the state government.

Winter now teaches and researches as a faculty member with GMU’s College of Health and Human Sciences. She earned her master’s degree in Health Systems Management from GMU in 2010 and most recently completed her doctorate in Physical Therapy from Shenandoah. As a former alumnae and member of Mason’s faculty, she is an enthusiastic supporter and proponent of George Mason as an educational institution.

Winter has also held a number of service and leadership based positions within the Fairfax community. She has served on her City Council (2002- 2008), the COG Metropolitan Washington Air Quality Committee (2002- 2008) and the Metropolitan Washington Council of Governments (COG) Transportation Planning Board (2004- 2008). She believes that the experience that she has gained with these positions has prepared her for the District Delegate position.

In her attempt to connect with voters, Winter has knocked on the doors of 5,000 residents within the 37th District. She emphasizes her involvement with her community and her desire to represent her voter’s interests in Richmond. Winter aims at “Being a voice for those who think they don’t have a voice.” 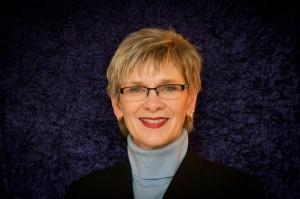