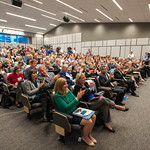 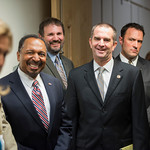 McAuliffe and Cuccinelli are facing off for Virginia’s gubernatorial election in November.

But what will happen if the governor gets sick and has to bow out of office?

The Lieutenant Governor will take over.

Ralph Northam, the Democratic candidate, is a pediatric neurologist from Norfolk Virginia. A graduate of the Virginia Military Institute, he served eight years in the military and held office in Virgina’s Senate for six years.

By contrast, E. W. Jackson, the Republican candidate and a preacher, has yet to hold a public office. Jackson, who had an uncertain childhood during which he lived with foster parents, succeeded to earn a law degree from Harvard.

The candidates, initially seated, stood each time they addressed the audience after Jackson established precedent when he stood to introduce himself. Jackson’s years of experience as a preacher were evident as he spoke clearly with diaphragmatic support that projected his voice across the hall. His speech was polished and he spoke with eloquence. By playing off of the crowd’s dynamics, Jackson was able to match the audience’s enthusiasm with his own energy.

Northam spoke with an easy drawl that was slower than Jackson’s pace of speech. It was clear that Northam didn’t have the same experience with public speaking as Jasckson did, as Northam lacked Jackson’s enunciation, projection and drive. Yet Northam was able to endear himself to listeners with references to his children, both graduates of Virginia state Universities and to his wife, a public school teacher. Northam portrayed himself as a family man of stand up values in contrast to Jackson’s “rags to riches” success story.

Throughout the debate, both candidates gave their views on the key issues of abortion, funding for education, transportation, funding for health care and the corporate income tax. In the wake of the Navy Yard shootings, Jackson supports institutionalizing the mentally ill while Northam does not.

The audience enjoyed a smooth, colloquial exchange between the two candidates until the end of the debate, which packed a surprise. In one of his final statements, Northam reminded the audience about Jackson’s former untoward comments towards gays, Democrats and non-Christians. He also stated that he had never filed for bankruptcy, had liens placed against his property or been sued for not paying his taxes. It was implied that each of these things had happened to Jackson.

This was a low blow. When Jackson had the opportunity to speak, it is very much to his credit that he didn’t respond with an equal criticism of Northam’s shortcomings.

For more information about each candidate’s opinion on key issues, check out the Washington Post: 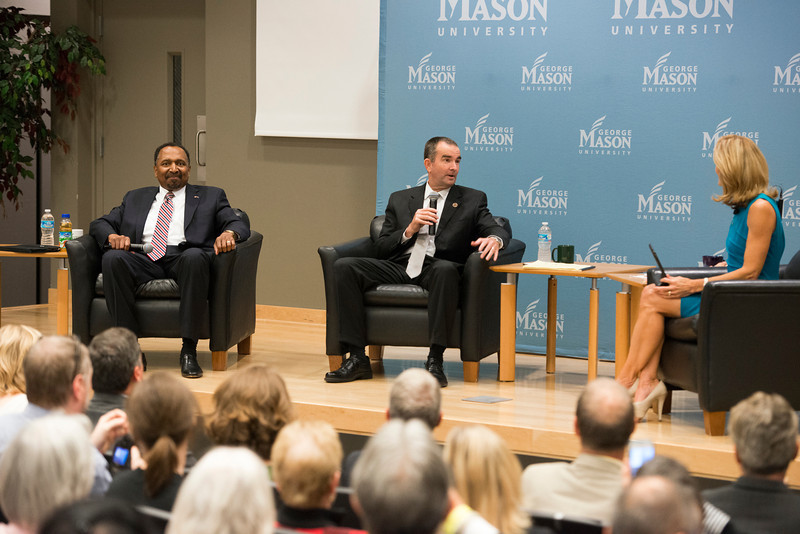