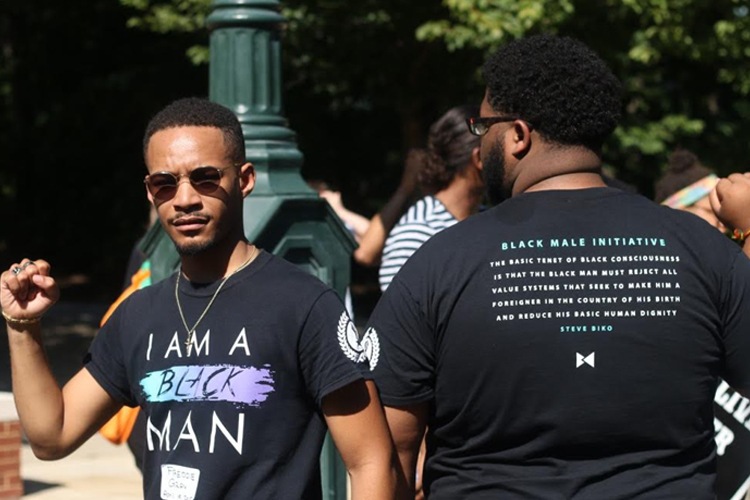 FAIRFAX, VA — In an effort to reclaim space on campus, a several black student organizations at George Mason University organized a peaceful demonstration on North Plaza this afternoon.

Students from all backgrounds joined the demonstration to stand in solidarity with the families directly affected by violence, raise awareness, and gather in unity as one student body. 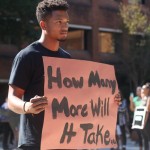 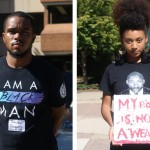 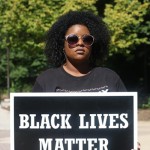 With all that has happened across the country this week — protests, violence, and yet more black males fatally shot by police — we wondered if these events changed students’ views on the current presidential election. Mason Votes interviewed some of the student protestors asking the following question:

Do you feel that candidates are addressing the issues you have and does that impact whether or not you plan to vote?

Mason student Darius Simmingon responded this way: “As far as voting, yes I do plan to vote especially with what is at stake if I do not vote. I plan to vote democratic because Trump does not represent my values and only represents the corporate America. Racism will always be present regardless of where we are, but we will always be here and it is our job to protest against those who are racist, especially those who are against these peaceful protests. They are the ones that claim that racism doesn’t exist, but they are only able to say that because of the privileges that they hold. That is why I will vote for Hillary Clinton because Donald Trump’s values do not benefit me, nor the black community.”

Xavier Savannah agreed with Simmingon, adding, “Yes I will be voting and I plan to vote for Hillary because I do not agree with Trump’s stance on a lot of things. On the news we hear a lot about what is happening with the police shootings but not a lot of people are coming up with resolutions or are trying to fix the issue at hand and it’s irritating because we hear a lot of criticism.“

Breana Young stated that she believes the best way to create change is to vote: “Of course I will vote, regardless of whether or not I believe there should be other, better, candidates running. Our ancestors have gone through way too much for me not to go vote. Many have died and shed tears for this right, my right. Yes I will proudly go and be voting”.

Students like Simmingon, Savannah, and Young gathered during the event to converse on what actions they need to put forward to be heard and to help create a safe space for the minority community at Mason.

At the end of the peaceful protest, a crowd of students that had gathered around watch on their way to class clapped as the demonstration successfully concluded.