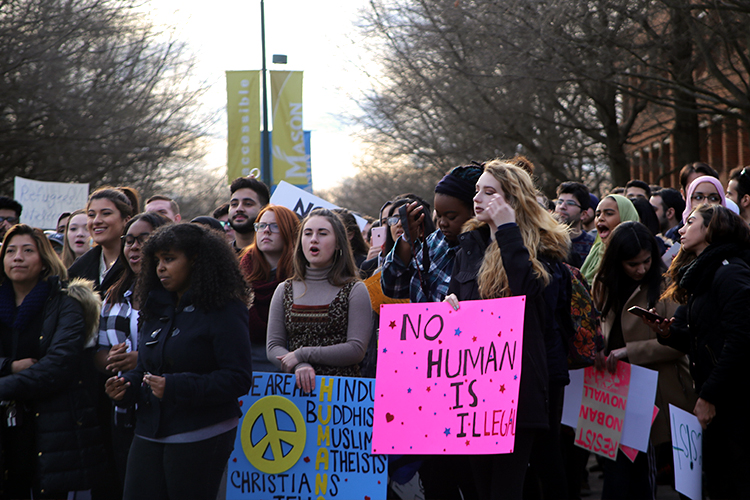 Mason students and faculty took to North Plaza on Tuesday, January 31st to protest the recent executive order signed by President Trump that imposes a travel ban on immigrants from seven predominately Muslim countries and indefinitely suspends entry to the United States by refugees from Syria.

The event was organized by Mason’s Muslim Affairs Council, Students Against Israeli Apartheid (SAIA), Muslim Student Association, Mason DREAMers, and VA Student Power and included speakers from a variety of communities either directly impacted by the executive order or united in solidarity against the extreme actions taken by the new administration.

The diverse crowd was peaceful but firm in their opposition, chanting and raising signs with slogans such as “No Human is Illegal,” “Resist,” “No Ban, No Wall,” and “Immigrants are Welcome Here.”

According to organizers, the intent of the rally was to “Stand up and demand that George Mason and President Angel Cabrera works to end these racist, xenophobic and Islamophobic policies immediately!” 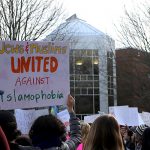 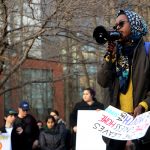 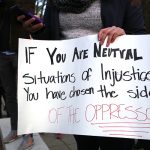 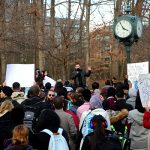 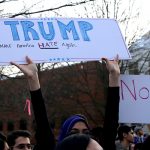 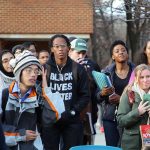