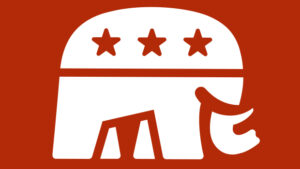 Republicans across the country are now celebrating what could be a sign of a “red wave” in 2022. While the results in Virginia could be a one-off, many are predicting a good election cycle for 2022 Republican candidates. However, this article won’t be focused on 2022. Rather, it will look at what Glenn Youngkin and the Virginia GOP got right this time around.

As I did in my analysis of the Democratic strategy, I’ll start with how the Virginia GOP selected its nominees. Unlike the Democrats, Republicans opted for a convention, instead of a Statewide Primary. This has negative aspects as well as benefits. On the negative side, a convention naturally limits the participants to registered Republicans who wanted to drive to the limited locations available. However, unlike the Democrats, the Virginia GOP chose to nominate its candidates via ranked choice voting (read more about ranked choice voting here). There were multiple reasons for this, one being the fact that ranked choice voting requires a broad base of support. This is opposed to plurality voting that determines winners based on who receives the largest share. As there were multiple candidates vying for the GOP nomination, there was a significant chance that the winner could have received a minority of the total vote. While not stated publicly, it’s likely that GOP Leadership feared that a candidate such as State Sen. Amanda Chase (who participated in the January 6th attack on the U.S. Capitol) could have won the nomination this way. By choosing to use ranked choice voting, they were able to nominate Glenn Youngkin, a political novice but savvy businessman with significant financial support and no negative history. Had a candidate such as Chase been nominated, McAuliffe’s strategy of tying the GOP candidate to Former President Trump would have been much more effective and likely would have won him the Governorship.

However, the GOP’s wins aren’t just a result of their convention. Glenn Youngkin proved to be extremely politically capable. While McAuliffe attempted to nationalize the campaign, Youngkin focused on local issues that were driving enthusiasm within his base as well as swing voters. In a year that favored the GOP to begin with, this was vital as he was able to mobilize these voters to support him. Additionally, unlike many other Republican candidates, Youngkin was able to thread the needle by keeping Trump at arms-length while not disavowing him. This meant that he didn’t offend Trump’s base while simultaneously giving moderates/swing voters “permission” to vote for a Republican.

To sum up, Youngkin was exactly the candidate that the GOP needed to win, especially in a state like Virginia that’s been trending blue. His focus on local, kitchen table issues made McAuliffe’s strategy of attempting to tie him to Trump fail. Had Youngkin fully endorsed the former president, it’s extremely likely that enthusiasm would have turned sharply against him, instead of McAuliffe. Additionally, the Virginia GOP’s decision to use ranked choice voting, instead of traditional plurality voting, helped them pick a candidate with broader support. Lastly, McAuliffe simply wasn’t the right candidate for the Commonwealth in 2021. While the dust is still settling, it’s becoming increasingly clear that voters want candidates with content, not just negative ads. Whether or not Democrats will heed this lesson in time for the 2022 Midterms is yet to be seen.