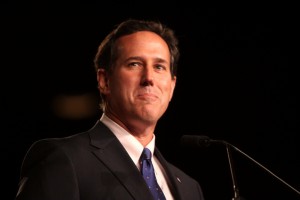 Born in Great Falls, Virginia, Rick Santorum is a former U.S. Senator for Pennsylvania. He was first elected to the House of Representatives in 1990 and won a Senate seat four years later.

Since losing his bid for a third term in office in 2006, he has worked as a Fox News correspondent and written for The Philadelphia Inquirer. He also served for eight years on the Senate Armed Forces Committee.

He is a rising star in the Republican Party and a favorite among social conservatives.

With his wife Karen, he has seven children.