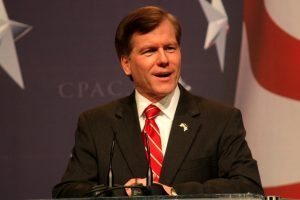 Virginia is in the process of approval to build a 479 foot tall wind turbine off the coast of Cape Charles in the Chesapeake bay. If the turbine passes review from the U.S. Army Corps of Engineers and the U.S. Coast Guard, the project could be complete as early as 2013, making Virginia home of the first wind turbine generator in the states.

“This is an important next step in developing all of Virginia’s domestic energy resources to help power our nation’s economy and puts Virginia at the forefront of clean energy technology development,” Gov. Bob McDonnell said in a statement announcing the marine commission’s unanimous vote.

The purpose of the project is to test the prototype developed by Gamesa Energy USA LLC’s new offshore WTG technology, the G11X. If proven successful, the prototype could be transitioned to worldwide markets by 2015. The life expectancy of the prototype is projected to be 20 years.

McDonnell touts the project as a step forward in his all of the above energy approach, in which he plans to increase wind, oil, coal, nuclear and renewable energy sources to make Virginia the energy capital of the east coast.

The turbine will provide up to five megawatts of clean renewable windpower to the Virginia transmission grid for public use. The governor hopes that this will decrease use of fossil fuel and improve Virginia air quality.

According to the The Virginia Marine Resources Commission, the structure will not have a negative impact on the environment. Instead, fish will be attracted to the shade and shelter, increasing recreational fishing opportunities.

“This is an exciting project,” said VMRC Acting Commissioner Jack Travelstead in an article posted on the Virginia governor’s website. “This will bring jobs, energy, important new scientific information and enhanced fishing opportunities for recreational anglers.”