Job creation, health care, and women’s rights seem to be hot topics of discussion this presidential election but rest assured, candidates have not forgotten about a key issue on every college students mind; higher education.

President Obama and Governor Romney both broadly support the expansion of higher education yet hold very different viewpoints on how it should be funded.

One of the biggest differences is that President Obama supports government intervention in the loan-giving process while Governor Romney supports private lending.

In the past 4 years, President Obama has doubled government funding for need-based federal Pell Grants. Mitt Romney’s policy states that he would curb funding for Pell Grants and focus on awarding grants to students who ‘need them the most.’

In 2010, President Obama signed the student reform act into law, which lowers the cost of federal student loans and permits students to repay their loans at low, fixed percentages for up to 20 years. Funding was cut from private lending so the Education Department now grants all federally backed loans. The Obama administration claims that cutting out private lenders will keep student costs low. The GOP platform, which Mitt Romney supports, calls for a repeal of this legislation.

Obama’s primary focus is to make college accessible and affordable for more Americans by continuing the award of Pell Grants and federal lending. Romney plans to refocus government attention on higher education reform by focusing on the success of students already in college. Romney claims that the inflation in tuition rates is due to federal intervention and that once the federal government removes itself from the lending process, tuition prices will stop rising.

Consider these substantially different education platforms when casting your ballot this November. 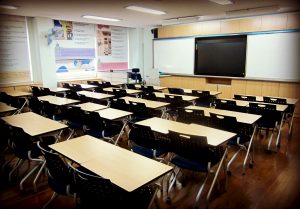