Terry McAuliffe, the Democratic candidate for the governor of Virginia, visited George Mason’s Fairfax campus on Thursday, September 12th. From 9:30- 10:30am, the Democratic candidate answered questions about his campaign and socialized with students. McAuliffe was hosted by the GMU Democrats student organization for a coffee social in George’s restaurant on the third floor of the Johnson Center.

At the meeting, McAuliffe emphasized key points of his campaign platform, which included reforms to Virginia’s metro and transportation infrastructure, healthcare and medicaid expansion and the importance of women being allowed to make their own health care decisions.

At the meeting, the Virginia governor hopeful advised students to pursue what they enjoy doing after graduation and he wants Virginia’s university students to graduate with jobs and minimal student debt. 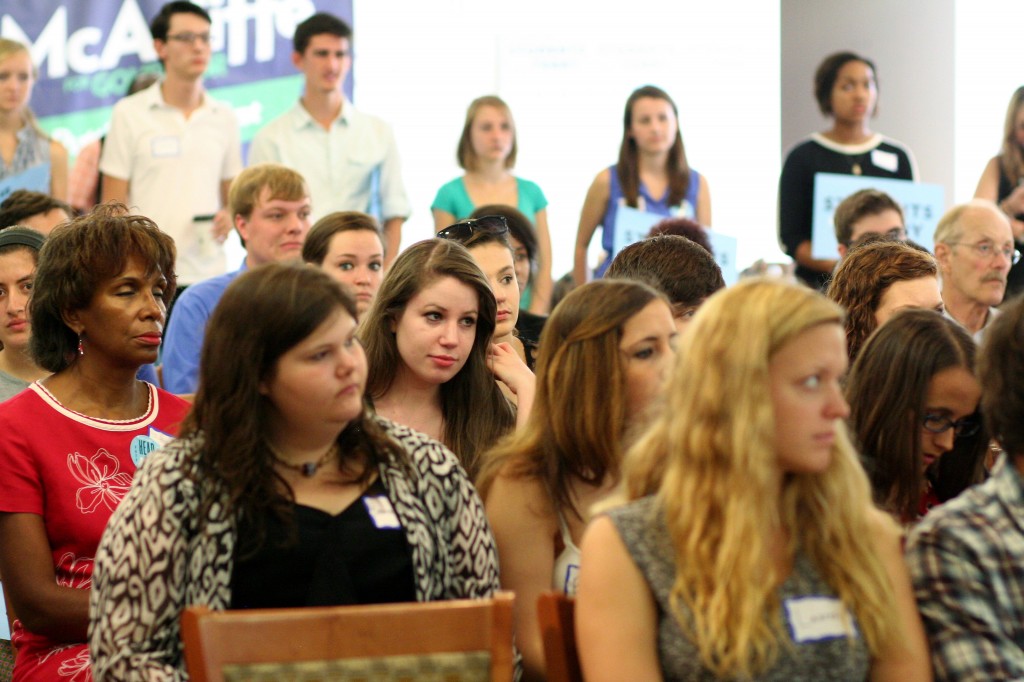