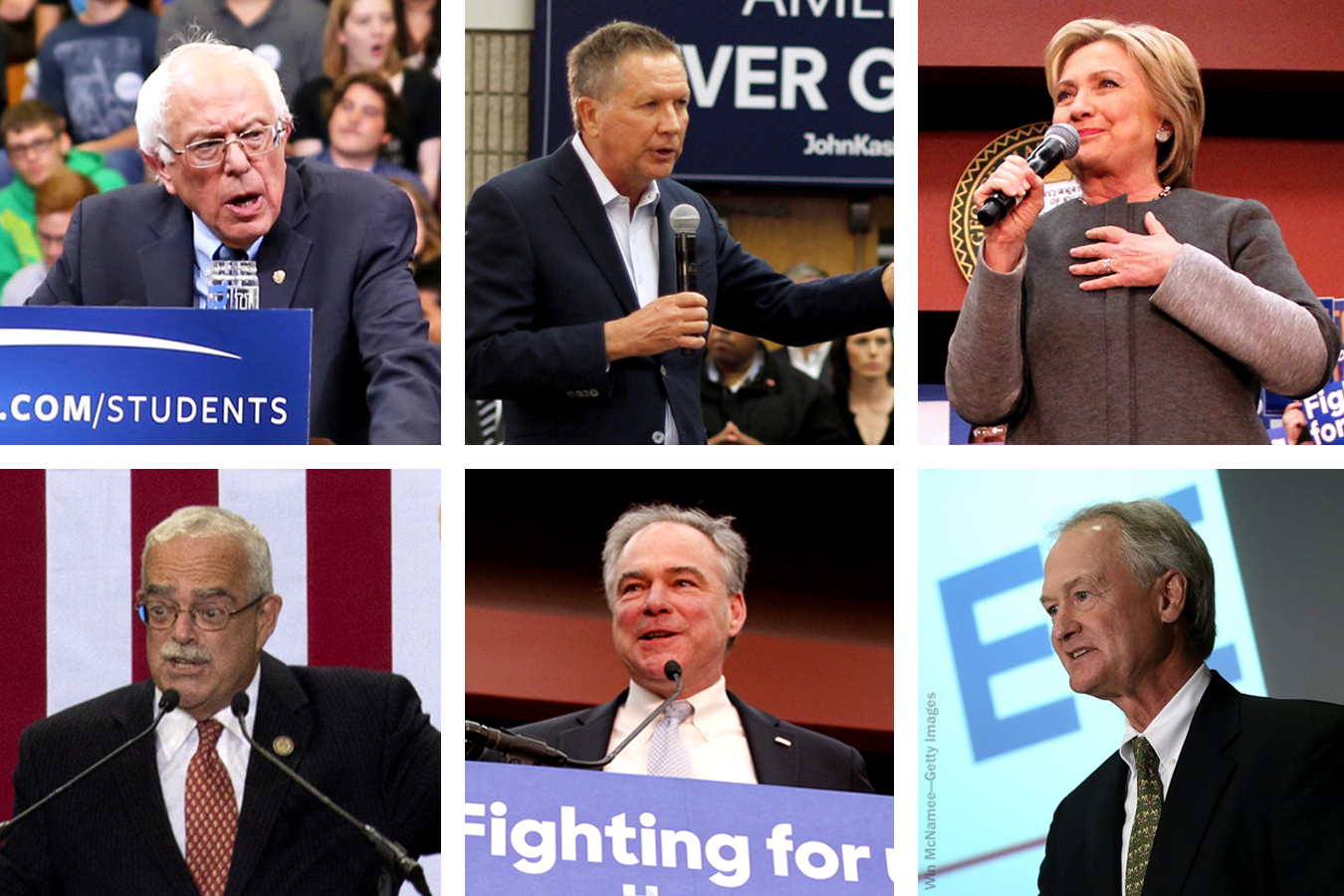 Erstwhile candidate for the Democratic nomination, former Rhode Island Governor Lincoln Chafee, chose Mason’s Arlington campus as the setting to announce his presidential candidacy this past June. Chafee even name-checked our school’s namesake, George Mason, in his announcement speech:

“It’s a pleasure to be here at George Mason University, which is named for one of the many great contributors to the best form of government on earth. As prescribed by our Constitution, which George Mason helped write, we will be electing a new President in 2016.”

As Campaign 2016 lurches toward Election Day (less than 50 days away), Mason may yet see more high-profile candidates visit our campus to rally students and ask for support from the citizens of Northern Virginia.

Rest assured that Mason Votes and Student Media will be on hand to bring you the latest updates and in-depth coverage of all things political at Mason. Check back often to follow the Mason community’s involvement in and reaction to this historic election. 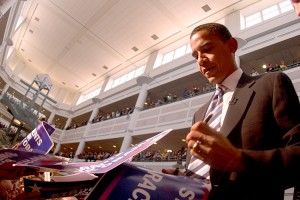 Barack Obama signs flyers in the Johnson Center in 2007. 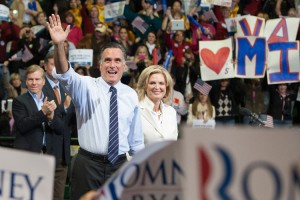 Mitt Romney rallies supporters in the Patriot Center in 2012. 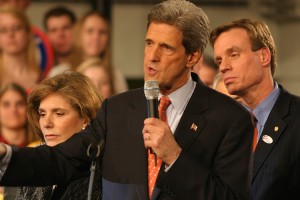 John Kerry speaks in the Johnson Center in 2004. 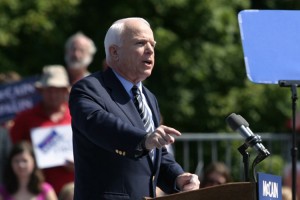 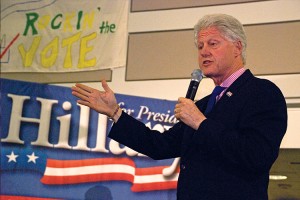 Bill Clinton speaks in the Johnson Center in 2008. 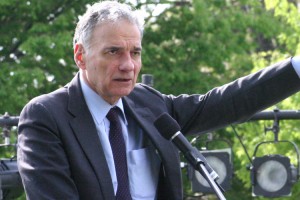 Here is a brief list of political visitors to Mason campuses in recent years:

Barack Obama: President Obama’s first visit to Mason was a political rally in the Johnson Center on Friday, February 2, 2007 — just prior to the announcement of his presidential candidacy. His second and third visits both occurred during same month (Friday, October 5th and Friday, October 19th) as part his 2012 re-election bid. Obama’s most recent visit to Mason was on Thursday, January 7, 2016 as part of a televised town hall event hosted by CNN’s Anderson Cooper titled “Guns in America.”

Bernie Sanders (D): Vermont Senator Bernie Sanders held a rally in the RAC on Mason’s Fairfax campus on Wednesday, October 28, 2015 as a presidential candidate for the Democratic nomination.

Hillary Clinton (D): Former Secretary of State Hillary Clinton has been at Mason twice since summer 2015. Her first visit was on Friday, June 26, 2015 to deliver the keynote speech at a VA Democrats event in the EagleBank Arena. The second was on February 29, 2016 when she hosted a campaign rally in the Hub Ballroom on the Fairfax campus.

John Kasich (R): John Kasich hosted two rallies at Mason during his bid for the Republican presidential nomination. The first was held on Mason’s Fairfax campus in the Hub Ballroom on Wednesday, February 17, 2016. The second was at Mason’s Arlington Campus in Hazel Hall on Tuesday, March 1, 2016.

Tim Kaine (D): Tim Kaine has been to Mason twice in recent months. The first time was on Friday, June 26, 2015 to deliver a speech at a VA Democrats event in the EagleBank Arena that included a keynote speech from his current running mate Hillary Clinton. The second was on February 29, 2016 when he helped introduce Clinton at a rally in the Hub Ballroom alongside Representatives Bobby Scott and Gerry Connolly and current Virginia Governor Terry McAuliffe.

Bill Clinton (D): Former President Bill Clinton hosted a campaign rally on behalf of his wife and then-candidate Hillary Clinton on Monday, February 11, 2008 in the Johnson Center. Billed as a town hall titled, “Solutions for America,” Clinton urged voters to choose his wife over Barack Obama but did note: “I also think it will be a good thing when we have our first African American president.”

John McCain (R): 2008 Republican nominee John McCain didn’t quite make it to Mason’s campus, but he did host a campaign rally approximately 2 miles away at Fairfax’s Van Dyke Park on Wednesday, September 10, 2008. Then-Mayor of Fairfax City, Rob Lederer, proclaimed that the crowd of 23,000 supporters was “the largest turnout for Senator McCain so far on the campaign route.”