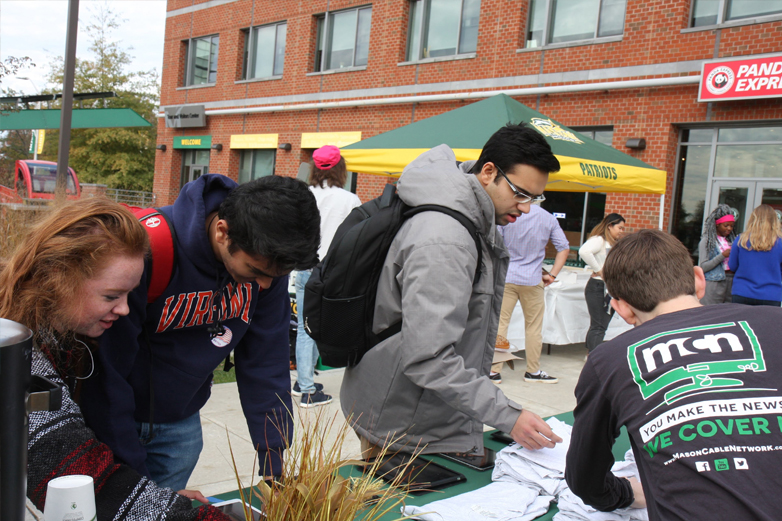 Student Media and Mason Cable Network conducted exit polling outside Merten Hall on Election Day (November 5, 2019) to learn more about what issues and candidates were motivating factors for student voters in the 2019 state and local elections. 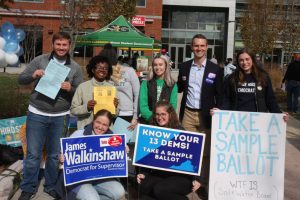 Despite the lack of marquee national candidates on the ballot in this off-year election, over 100 students completed a short exit survey after voting at Mason’s on-campus polling place and local poll workers reported brisk turnout. The results of the exit surveys were announced on Mason Cable Network’s LIVE election coverage on Tuesday evening. Click here to watch MCN’s full election night broadcast on YouTube. 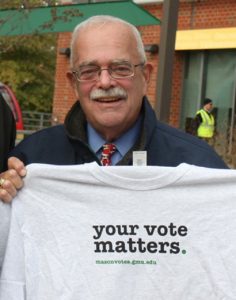 U.S. Representative Gerry Connolly (D-VA 11th) also stopped by to chat with student organizers and he picked up a Mason Votes t-shirt during his visit to campus (see a photo on the right).

Keeping with trends seen in previous elections, Mason voters overwhelmingly supported Democratic candidates in all of the major races: 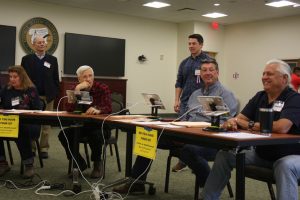 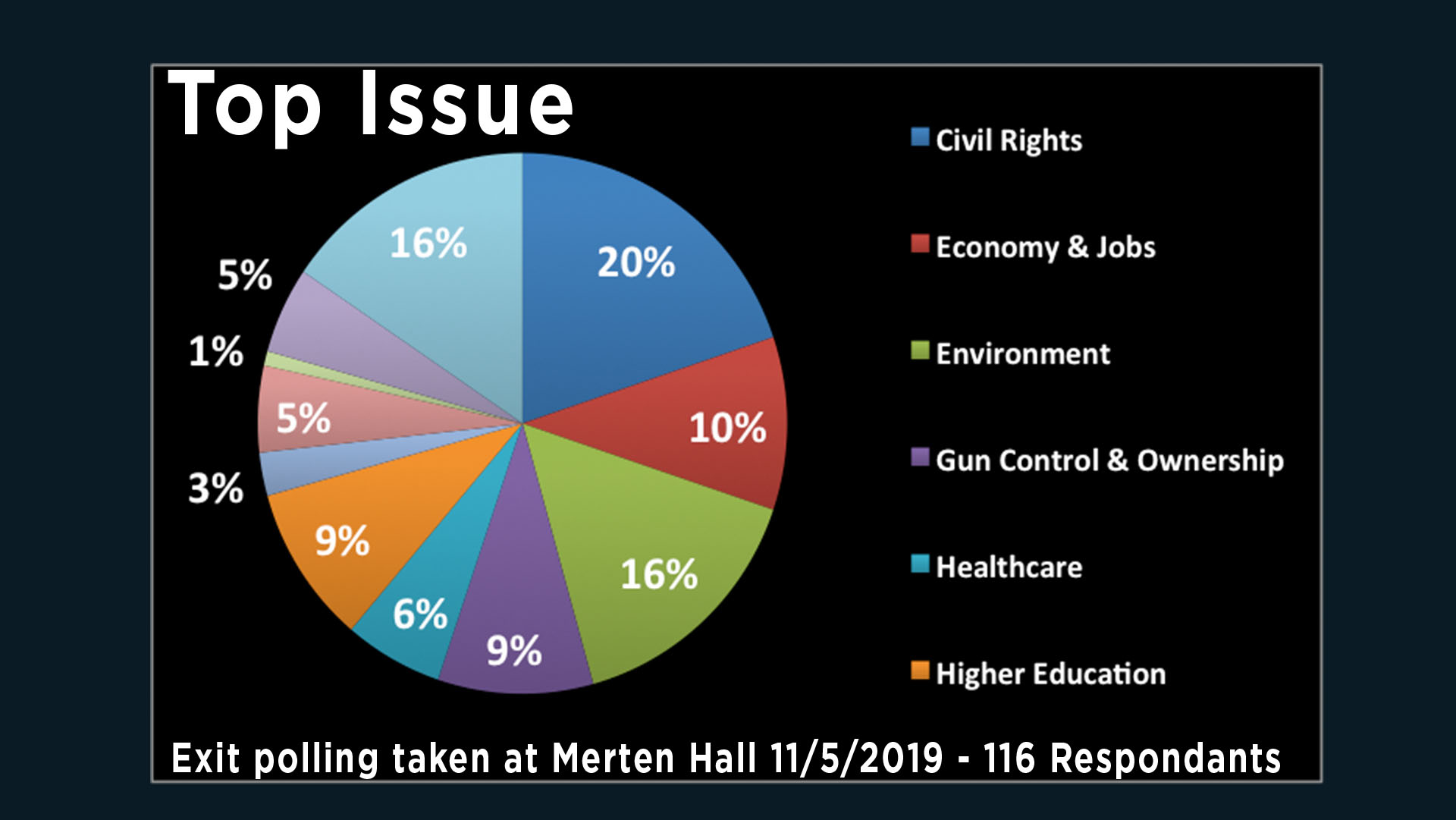 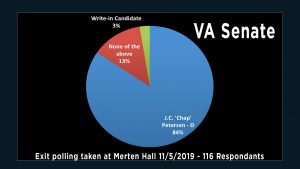 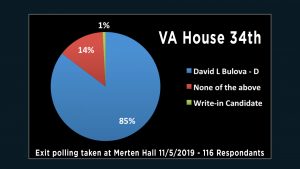 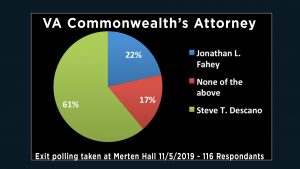 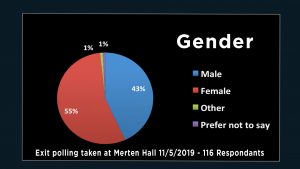 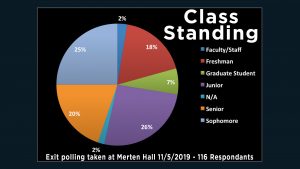 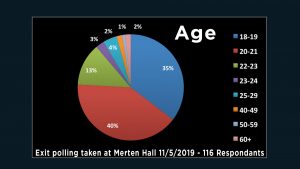