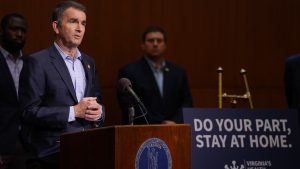 November’s election included big wins for the legalization of marijuana and decriminalization of drugs, with a host of ballot measures passing in multiple states.

Following the wave of drug reforms that passed on November 6th, Virginia Governor Ralph Northam announced that he is in full support of the legalization of marijuana in Virginia and is going to propose legislation during next year’s legislative session.

“It’s time to legalize marijuana in Virginia,” said Northam in a November 16th press release. “Our Commonwealth has an opportunity to be the first state in the South to take this step, and we will lead with a focus on equity, public health, and public safety. I look forward to working with the General Assembly to get this right.”

The ACLU supports the notion that marijuana legalization is a racial justice issue, citing hundreds of thousands of people, the majority of whom are Black or Latinx, impacted by marijuana arrests each year. Furthermore, they stress that the legalization of marijuana needs to also include reparations for the damage the targeted criminalization caused, including the negative stigma, and economic impact that can result from a marijuana conviction.

In addition to increased public support and the economic benefits from potential tax revenue, Northam noted the benefits of marijuana-derived substances in treating children with epilepsy and other disorders he experienced during his time as a pediatric neurologist as a factor that led him to publicly support legalization.

Although the process of legalization could take up to two years before a marijuana market is fully operational, from what Northam has stated, it will eventually take effect. When it does, how will the new source of tax revenue generated from the marijuana market impact Virginia communities?

According to a study conducted by the Joint Legislative Audit & Review Commission, legalization could generate more than $300 million per year in tax revenues by the fifth year of operations and create more than 11,000 jobs.

Delegate Lee Carter, representing Virginia’s 50th District in the House of Delegates, believes all tax revenue generated from the legalization of marijuana should go towards reparations for Black and Indigenous Virginians: “The impending legalization of cannabis presents an opportunity for Virginia’s government to begin making amends for its complicity and active participation in some of the most horrific human rights abuses in this nation’s history.”

Olivia Naugle, a legislative analyst for the Marijuana Policy Project (MPP) explained that other states with legalized marijuana reform have used the tax revenue to fund and improve the development of community programs. These programs include public education, mental health and drug abuse prevention services, and dropout and bullying prevention programs.

“MPP strongly urges that states invest a substantial portion of cannabis tax revenue in communities that have been disproportionately impacted by marijuana prohibition and the broader war on drugs,” Olivia said.

It appears that both prominent Virginia politicians and legal experts agree that the revenue generated from the marijuana market should be used to benefit those that were targeted by the criminalization of marijuana and subsequently negatively impacted.

Legislation to legalize marijuana in the Commonwealth will be introduced sometime next year according to Governor Northam, but only time will tell if the Virginia government can create equitable policy on this issue that will benefit the individuals hurt most by years of criminalization.