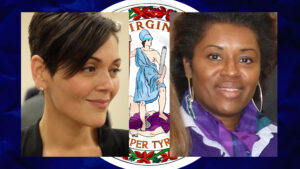 The 2021 Virginia General Election will take place on Tuesday, November 2, but in-person early voting is already underway in the Commonwealth (September 17th was the first day of early voting). The last day for early, in-person voting is Saturday, October 30.

The deadline to register, or to update existing voter information and registration, is Tuesday, October 12th. To vote “absentee” (through the use of a mail-in ballot), voters must send their request to a local voter registration office by 5pm on Friday, October 22nd. Since July 2020, Virginia voters do not need an excuse to vote absentee.

The last day to vote in the Virginia General Election will be November 2nd, between the hours of 6am and 7pm. For more information and to check your registration status, visit elections.virginia.gov/registration.

The offices on the ballot this election are governor, lieutenant governor, attorney general, members of the House of Delegates, and some local offices and referenda, which vary by locality.

Janet Hook of the Los Angeles Times referred to Virginia’s gubernatorial race as “the first big test of strength between parties since Biden was elected,” adding that it “could set the tone for the 2022 midterm election.”

With so much local, state, and national attention focused on the race for Virginia’s next governor, candidates for lieutenant governor risk getting overlooked. However, Virginia is set to make history in 2022 no matter who wins, when the first woman of color will be sworn in to serve in a  statewide elected office.

The role of lieutenant governor is outlined in Article V of the Virginia Constitution and his or her duties include serving as President of the Virginia Senate (“but shall have no vote except in case of an equal division.“) In addition, the lieutenant governor is the first in the line of succession: “in the case of the removal of the Governor from office or in the case of his disqualification, death, or resignation, the Lieutenant Governor shall become Governor.

The 41st and current lieutenant governor in Virginia is Justin Fairfax (D). Lieutenant Governor Fairfax assumed office in 2018; his term ends in January of next year.

A native of Alexandria, Virginia, with a family background stemming from El Salvador, North Africa, Lebanon, and Ireland, Hala Ayala (D) has been a member of the Virginia House of Delegates since 2018, representing the 51st district.

Before entering politics, her professional experience included working as a cybersecurity specialist with the U.S. Department of Homeland Security. With 18 years of work within the field of information technology and cybersecurity, Ayala made this a focus of her political efforts, introducing bills that concentrated on creating a state interagency cybersecurity task force and increasing the security of network-connected devices across the Commonwealth.

During Terry McAuliffe’s (D) tenure as Governor between 2014 and 2018, Ayala served on his Advisory Council on Women. In 2017, Ayala and Elizabeth Guzman (D) were the first Hispanic women in Virginia’s history to be elected to the House of Delegates. Her committee assignments include the Science and Technology Committee and the Finance Committee. She is endorsed by Governor Ralph Northam (D) for the position of lieutenant governor.

Photo by: Virginia Department of Education (CC BY 2.0)

Winsome Sears (R), a naturalized citizen originally hailing from Kingston, Jamaica, served as an electrician in the United States Marine Corps before entering politics. Sears served in the Virginia House of Delegates from 2002 to 2004; in 2004, she ran unsuccessfully for the United States House of Representatives from Virginia’s 3rd congressional district.

Sears was the first black female Republican, the first female veteran, and the first naturalized citizen delegate to serve in the House of Delegates. In addition, she has served as vice president of the Virginia Board of Education and has received presidential appointments to the Department of Veterans Affairs and the U.S. Census Bureau. The Virginia Police Benevolent Association endorses Winsome Sears for lieutenant governor.

Where Do They Stand?

Below is a summary comparing where each candidate stands on the following topics: jobs and the economy, education, racial equity in Virginia, and law enforcement. Excerpts have been taken directly from the candidates’ public campaign websites, with additional information provided from public statements and news sources regarding the topics of COVID-19 and abortion — two pressing, important issues both nationally and in Virginia.

Jobs and the Economy

Candidate Hala Ayala’s focus is on building an “inclusive economy” for Virginia, acknowledging the adverse effects that COVID-19 has had on the economy, especially on Black and Brown residents. Ayala’s stance also highlights the importance of investing in affordable housing.

Ayala’s outlook on the issue of education highlights the topic’s ever-changing dynamics. In view of an increasing reliance on technology, as well as the effects of COVID-19 on schools and colleges over the past year and a half, if elected, Ayala promises to “work with the Administration and General Assembly to expand Pre-K, reduce overcrowding in classrooms, and invest in school infrastructure.” With higher education proving to be increasingly important in regards to acquiring work and building a professional career, Ayala “will support measures to make colleges more affordable for all Virginians as well as lead the charge to create and improve training programs for those who choose not to attend a four-year college.”

Sears’ stated plan has many similarities to Ayala’s, in that, if elected, she will “champion investments in public schools, empower parents with choices, and raise standards in education.” Outlined in a brief plan are the following steps: “Keep schools open safely 5 days a week; raise teacher pay & recruit more teachers to end the teacher shortage; restore high standards for school accreditation” and focus on promoting “choice by creating more opportunities, especially in failing school districts.”

Ayala’s focus on improving racial equity in Virginia spreads across several topics, with healthcare being one of the major focuses. Her plan features the following building blocks: “Implementing required implicit bias training for…healthcare providers in Virginia…establishing pregnancy medical homes to connect high-risk women with health and social services,” and “increasing access to doula care.” (Doulas are medical professionals and advocates specializing in pregnancy and labor assistance; they provide physical and emotional support to those giving birth during pregnancy as well as during the postpartum period.) Ayala believes that this type of healthcare work needs increased funding and would greatly help people of color.

Sears’ approach to racial equity highlights how “data shows…Black Virginians are disproportionately failed by our government, whether it’s in education or when it comes to job opportunities.” A brief outline of her plan to combat the disparages in education and economic status includes creating a “Black Virginians Advisory Cabinet to the Governor,” establishing a “once-in-a-generation investment in historically Black colleges & universities” and making ten “‘Legacy Wealth Startup Incubators’ in Black communities to promote Black entrepreneurship.”

Ayala’s platform acknowledges both the recent racially-motivated police violence and injustice against people of color as well as the long history of slavery in the Commonwealth. Her approach to the subject of law enforcement highlights the need for “accountability and transparency,” while working to “prevent uses of excessive force that have led to the unjustified deaths of Black and Brown men, women, and children.” Ayala supports reforming the justice system and the creation of alternatives to the “school to prison pipeline.” Some of the core ideas that Ayala cites, in the fight to improve and reform law enforcement conduct and procedures in Virginia, is the “banning of no knock warrants,” the creation of “civilian review boards, establishing a statewide code of conduct for police officers, and mandating racial bias, de-escalation, and crisis intervention training for police.”

Sears’ approach to the issue of law enforcement states that, as lieutenant governor, she will “defend our law enforcement heroes, crack down on violent criminals and preserve truth-in-sentencing.” Her plan underscores “promoting commonsense criminal justice reforms that give nonviolent offenders a path to redemption.” The steps listed in her rationale are as follows: “Fire the parole board and preserve truth in sentencing; raise pay for Virginia state police troopers, sheriff’s deputies, corrections officers, and police officers” and “reduce law enforcement interactions by increasing the use of handheld photo speed enforcement.”

Based on public remarks made by both candidates, Hala Ayala supports the administration of the COVID-19 vaccine, is vaccinated, and has urged her opponent, Winsome Sears, to share whether or not she herself has taken the vaccine. In an interview with CNN, Sears declined to discuss her vaccination status, adding that “if we’re not careful, we’re going to start asking for other things, because we have already determined that this is everybody’s business.”

While candidate Ayala’s campaign website features a section on women’s healthcare, candidate Sears’ website does not. Ayala’s focus highlights the importance of expanding “access to birth control and contraception,” as well as defending “a woman’s right to choose.” 19thnews.org, an independent and nonprofit newsroom that focuses its reporting on the issues of gender, politics and policy, in a September 14 article, cited candidate Sears’ anti-abortion views which were posted in a statement on her website. Candidate Sears’ websites featured comments like “The baby in the womb wants to live! God creates life: whether by test-tube or natural means. As a mother, I understand the importance of protecting life. As the next Lt. Governor of Virginia, I will fight to protect life, not devalue it.” According to 19thnews, this anti-abortion rhetoric has since been removed. The American Independent, a progressive news website, in an article from September 13, also cited Sears’ extreme position on healthcare for women and how her campaign website “no longer highlights her most extreme positions.”

Winsome Sears photo by: Virginia Department of Education (CC BY 2.0), 2012