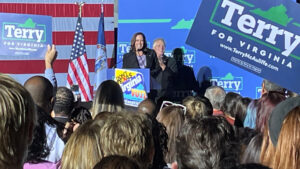 DUMFRIES, VA — Recent polling data shows support for Democrat Terry McAuliffe and Republican Glenn Youngkin split almost down the middle in the final week of the campaign. As national scrutiny of the Commonwealth’s high-stakes gubernatorial contest increases by the day, both sides are looking for any advantage they can get, calling in key surrogates to inspire enthusiasm among voters ahead of Tuesday’s election.

Top Democrats, including Vice President Kamala Harris and U.S. Senator Tim Kaine (D-VA), spoke at a campaign rally and “get out the vote” drive in the town of Dumfries, VA in support of Terry McAuliffe, the Democratic candidate for governor in the upcoming November 2nd gubernatorial election.

Billed as a “grassroots event,” the rally took place on Thursday, October 21st near Quantico Marine Corps Base in Prince William County at a fire station that once housed the recently-disbanded Dumfries-Triangle Rescue Squad.

The hundreds of supporters that had gathered were excited and, by showing of hands, many had already cast their votes as part of the ongoing early in-person voting happening in Virginia until October 30th. Click here to learn more about early voting in 2021 >

Harris opened up with humor and energy, stating, “You know what I want for my birthday? I want this man to be elected as the next governor of the Commonwealth of Virginia.” She then quickly altered her tone, remarking how “[in] four years, a whole lot can either be created or destroyed…four years can be a very long time for a lot of bad things to happen.” She stressed to the crowd that it is the responsibility of those present, the voters, to “ensure” that Terry McAuliffe is elected as Virginia’s next governor.

One of the preceding speakers, Hala Ayala, Democratic candidate for lieutenant governor, expressed many of the same themes as the Vice President, highlighting how the upcoming election “will say everything about who we are and what we stand for.”

Regarding her own campaign, candidate Ayala stated that “as lieutenant governor, I will preside over the [state] senate to advance and protect…the progresses we have made and keep Virginia moving forward,” stressing that, “in order to do that, it is essential we keep this state blue.” In closing, Ayala reiterated that “everything is on the line November 2nd.”

Delegate Luke Torian, who has served in the Virginia House of Delegates since 2010, representing the 52nd district in Prince William County and who is running for re-election this November, incumbent attorney general candidate Mark Herring (D), Senator Tim Kaine (D), and Dorothy McAuliffe, former First Lady of the Commonwealth of Virginia from 2014 to 2018, also made remarks.

When candidate McAuliffe took the stage, he quickly made the larger issues of the race clear, echoing the sentiments of that night’s previous speakers. He touched on his career, his track record, and his plans upon election to office, focusing on some of the biggest, pertinent, and unfortunately controversial issues on the ballot, like women’s reproductive rights.

“Folks, we’ve got an election coming up in a few days. We need your help. Everything is a risk that we fought for over the last eight years,” McAuliffe said, connecting his previous four-year term as governor (2014-2018) with the current campaign:

“My message was clear. We are an open, we are a welcoming state, and look what happened. Our economy took off… Income went up 14 percent and we reduced unemployment in every city and county in the Commonwealth of Virginia. That’s what you get with good Democratic leadership.”

“I am ready to take Virginia to the next level.” 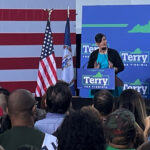 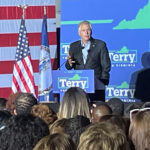 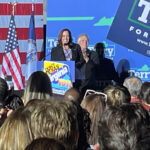 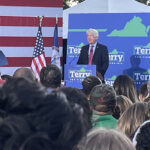 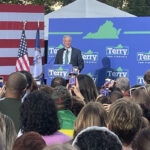 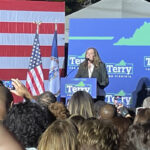 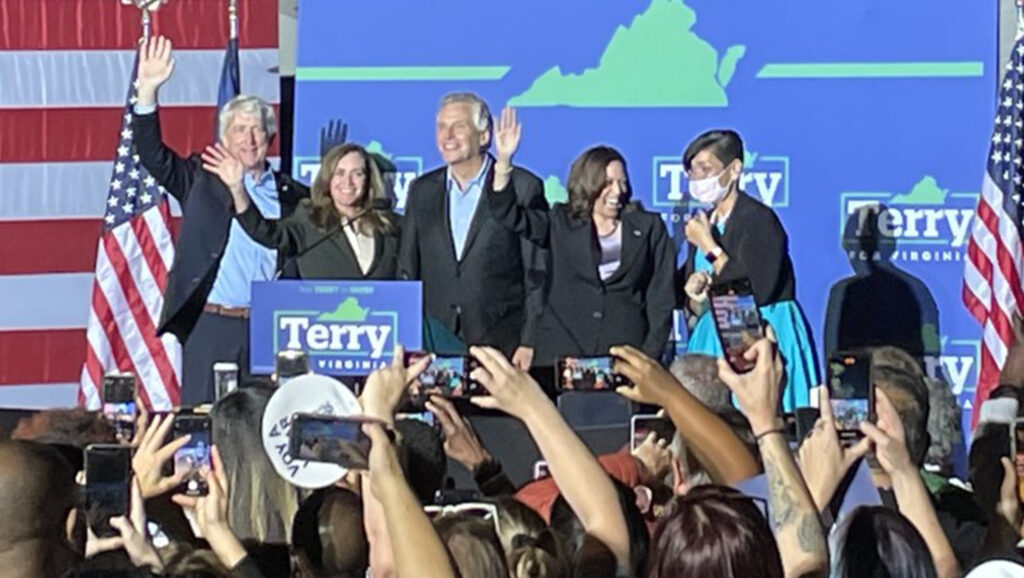 Want to hear directly from the candidates? Attend a 2021 election rally!