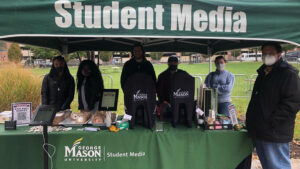 Student Media, Mason Cable Network, and Mason Votes conducted exit polling outside Merten Hall on November 2nd to learn more about what issues and candidates were motivating voters in 2021.

Students were asked to complete a short exit survey after voting at Mason’s on-campus polling place, and the results were analyzed during Mason Cable Network’s LIVE election night broadcast.

Mason voters overwhelmingly supported Democratic candidate Terry McAuliffe (82.5%-McAuliffe (D), 13.3%-Youngkin (R), 2.1%-Princess Blanding (L), 2.4%-Other/Didn’t Vote), but Republican Glenn Youngkin was elected to serve as the 74th governor of the Commonwealth of Virginia and will be sworn in on January 15, 2022.

Check out the results of Mason Cable Network‘s 2021 exit polling below: 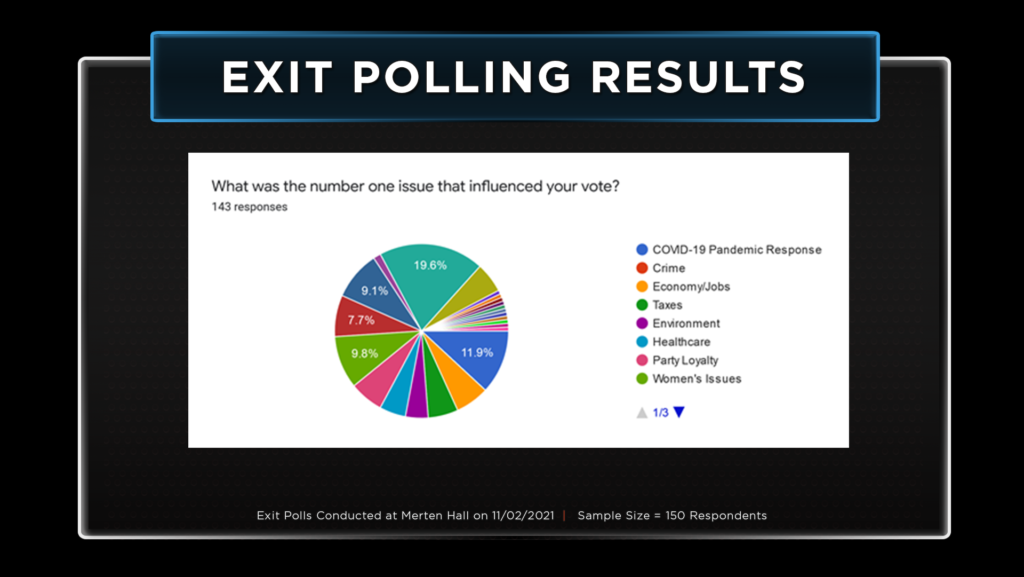 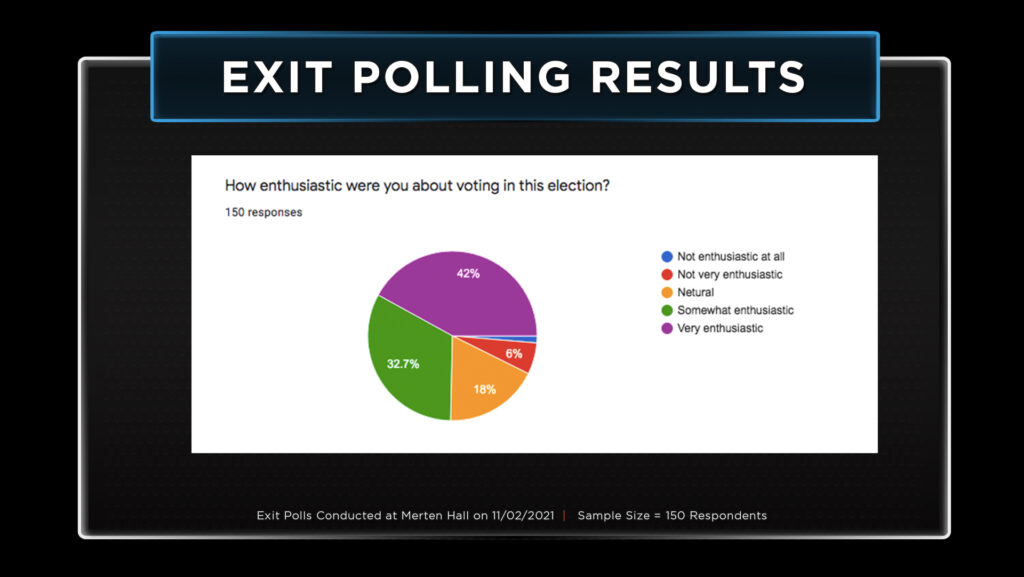 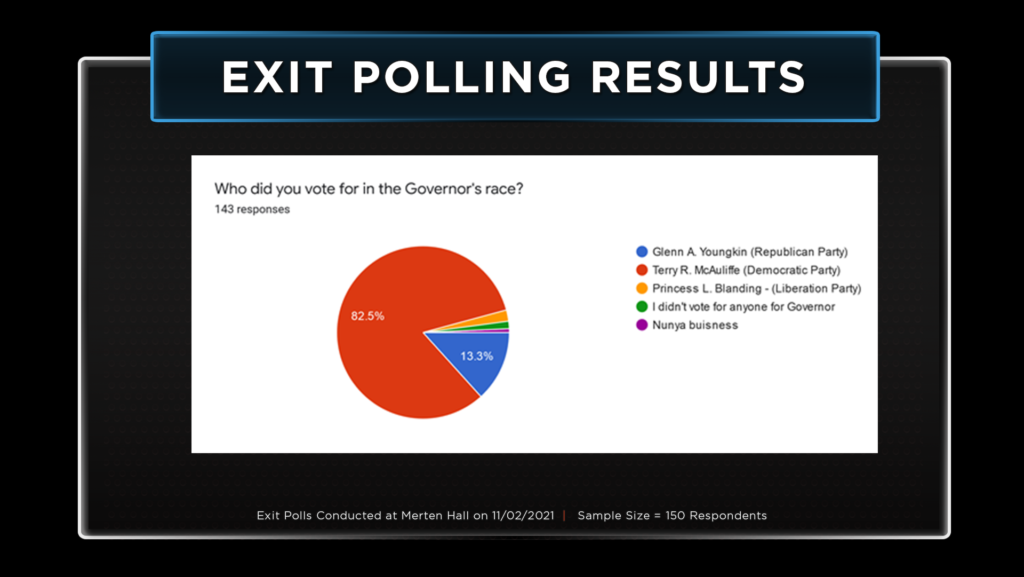 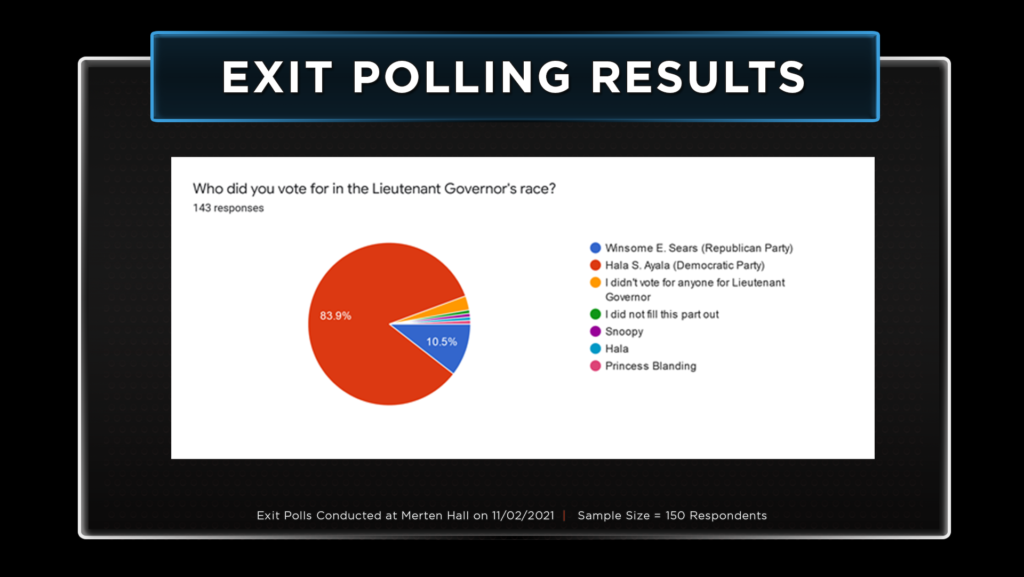 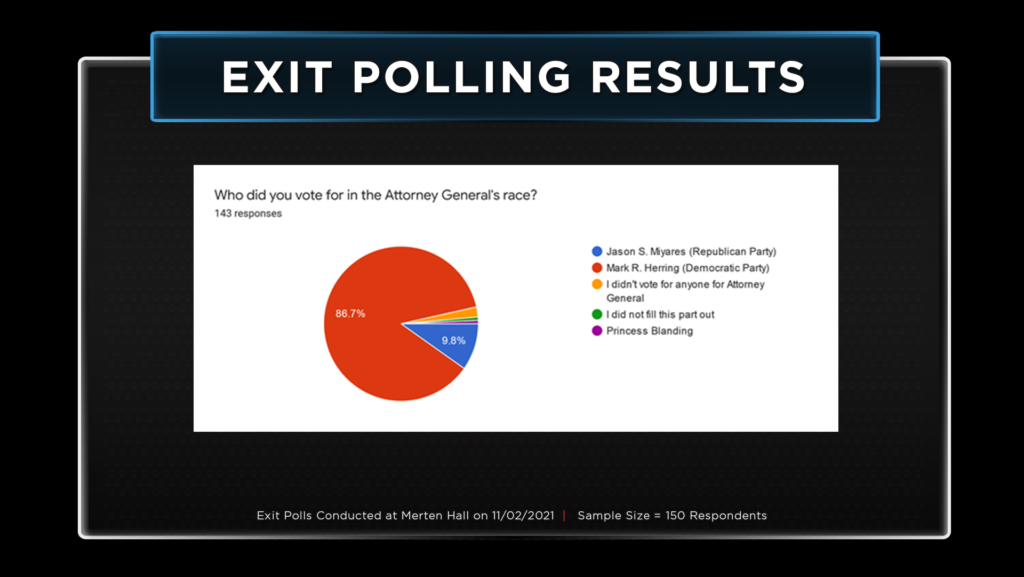 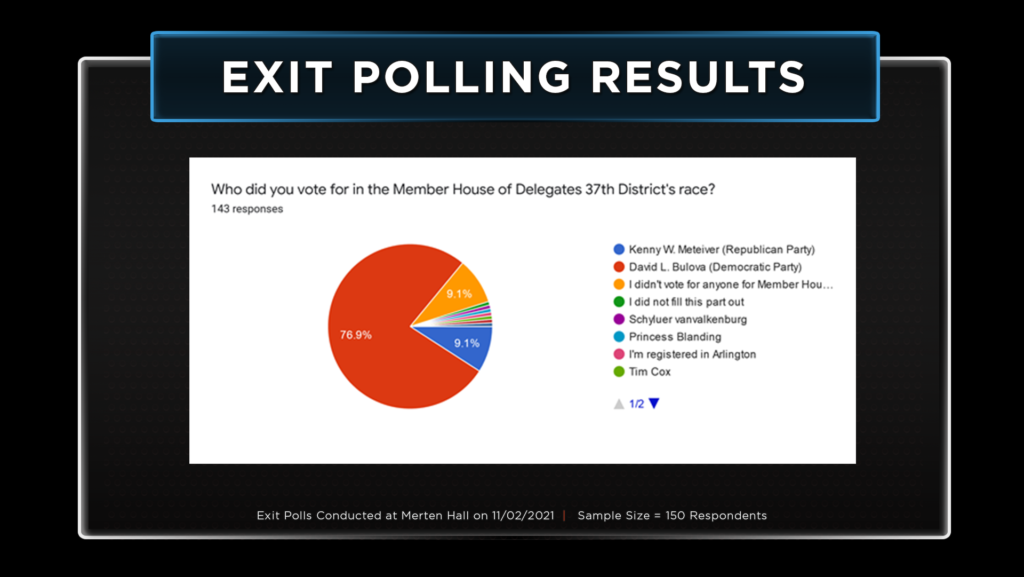