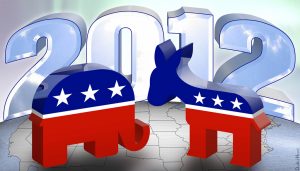 The presidential primary season is reaching its halfway point. On April 4 Mitt Romney swept the GOP presidential primaries in Maryland, Wisconsin and the District of Columbia, bringing him another step closer to securing the Republican nomination and the general election in November.

With another three primaries now over, it’s a good time to look at the race for the Republican presidential nomination as it stands now.

Who won which states so far:

Though Romney boasts a clear lead, he still needs a total of 1,144 delegates to secure the nomination.

The next primaries will be held on April 24 with Pennsylvania, New York, Connecticut and Delaware.