If you watched last week’s debate between President Obama and Governor Mitt Romney you may have notice that Obama did not bring up many arguments in his debate. In last night’s debate with Vice President Joe Biden and Congressman Paul Ryan, the Vice President made many of the arguments that the president failed to make in his debate. Biden made an effort to improve the democratic stance within the debates from what is considered a “stumble” on Obama’s part by Karen Tumulty. As a result of this stumble poll numbers have moved slightly in the direction of the GOP ticket. Every criticism brought up by Ryan, Biden made sure to defend the Obama administration. He emphasized that the Republican Party is not concerned with the middle class and out of touch with average Americans.

While Biden approached the debate strong, Ryan on the other hand played it safe in an effort to avoid mistakes, which seems to be what the President decided to do in last week debate. Biden made reference to one of Gov. Romney’s controversial comments that were caught on videotape. He noted that the Republican presidential nominee suggested that the 47 percent of Americans who do not pay income taxes are government-dependent freeloaders who consider themselves victims. Biden gave a personal response to saying, “These people are my mom and dad, the people I grew up with, my neighbors.” Vice President Biden had far more experience than Ryan when it comes to debating on the national stage. When Ryan was only two years of age Biden was elected to Senate and has run for president twice in his career.

In next week’s debate something to look out for is President Obama’s approach and if it will be similar to Biden’s. Something else to look out for is whether Governor Romney takes a less aggressive approach, or goes on the attack.

The full article on the “Stumble” written by Karen Tumulty can be found at the following link: 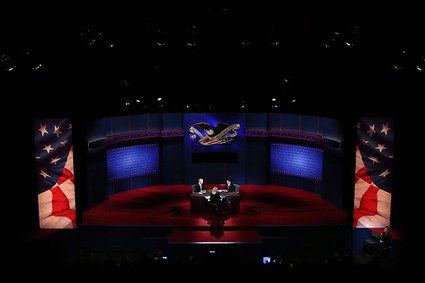