On Thursday, October 4, the day after the first presidential debate the George Mason chapter of the National Association for the Advancement of Colored People (NAACP) held their first segment of their “What’s Your Stance” series leading up to the November 6 Presidential Election. Mason students met with Mike Everest, a member of the Fairfax NAACP chapter, and former Economics professor at the National Air College, who informed Mason students of the U.S.’ economic history from the 1950s to present day. He spoke at this event in order to share his thoughts on the current financial situation and further inform Mason students on different factors that are affecting not only the U.S. economy, but the Asian economy as well.

“When you think about economics, the first question at hand is where is the money in America?” said Everest.

Everest explained that to learn about the current economic situation, students should have a quick glance at the history of America’s economy. First, he explained that there have only been surpluses under two presidents in the history of our economy; the first being President Truman in 1947 and the second President Clinton in 1998. While using the Statistics of World Population, GDP and Per Capita GDP, 1-2008 AD”, Angus Maddison, University of Groningen, and Everest explained that China had a history of economic power. Because China had a history of economic growth, Asian Americans had the most homeownership in America in 2000, 2007, and 2008 and were the leading graduates in 2000, and 2008.

“I wanted to hear President and Governor Romney discuss these issues [during] [the] [Presidential] [debate].” said Everest.

Everest’s concern about this topic is that the money is not in America but in Asia. Because of the Asian countries being a strong economic environment, economic analysis reports the Asian economy first followed by Europe and the U.S. on a daily basis according to Everest. Also, he believes that because the economic deficit did not occur instantly, it will not be able to be fixed instantly.

“The President and congress should be able to work together in order to help the economy.” said Everest.

Everest indicated a few factors of how the U.S. economy differed from President Clinton’s term to now. During the Clinton presidency, the U.S. did not go through any wars. During the Bush presidency, the 127.3 billion surplus turned into a 157.8 billion deficit by 2002 because of the war in Iraq.

In the final moments of the “What’s Your Stance Series”, Everest mentioned what he felt would get the U.S. in a better financial situation.

“We need to get out of war, create jobs at home, and have everyone pay taxes,” said Everest. 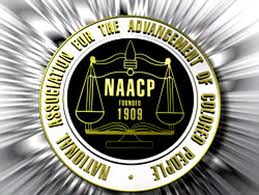