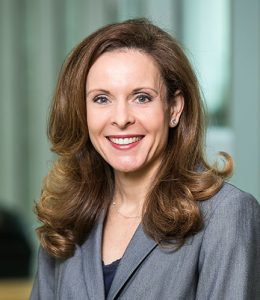 Dr. Jennifer Victor is an associate professor for Mason’s Schar School of Policy and Government. Photo by Ron Aira/Creative Services

As election night looms a mere eleven days away, we were able to sit down with Dr. Jennifer Nicoll Victor from the Schar School of Policy and Government and hear her perspective and predictions regarding election night and the integrity of the election:

Q: What do you think will be the biggest issue between election day and finding out the actual winner of the presidential election?

A: I suspect the election results will be finalized within 1-3 days of the election. Some concerns have been raised about election result being long delayed, but I think this is unlikely because although the number of voters using mail-in voting this year is quite high, most states will begin processing and/or counting their ballots received before Election Day. The only instance in which the results would be long delayed is if the election outcome hinges on a state whose vote counting process is very slow, or if many absentee ballots are received late (it takes much longer to process absentee ballots than those cast in-person). Most states are making preparations for the vote count, and polls are suggestion the election may not be all that close. If this is the case, the result will be known not too long after polls close.

Some have expressed concern that if Democrats tend to vote by mail, and Republicans tend to vote in person, and in-person returns are reported first, then it might appear that Donald Trump is ahead or a projected winner, but that Joe Biden may be the declared winner when all votes are tallied.

Folks with the concern have suggested that Trump supporters may struggle to accept a Biden win if their candidate appeared, at first, ahead. While I think we should all be concerned about Americans’ tendency to accept election results, the country has a long history of generally doing so, even in close or upset elections. Should many people express distrust in the election outcome it would be a destabilizing situation, but I don’t think that’s likely.

Even if those disappointed in the outcome organize, protest, or demonstrate, they may ultimately accept the outcome.

Q: Do you think there is anything that can be done now to prevent it or make it better?

A: Note that there is a difference between a projected outcome, on election night, and actual vote results. Projected results are based on exit polls and algorithms. Media outlets use them to make calls but use conservative criteria. It is possible but not likely for actual results to differ from these. Actual results are reported by secretaries of states’ offices and are publicly available.

Q: How do you think the news media will affect election results and the process compared to citizens on social media?

Q: Even before Covid-19 and the current economy, this election was going to be very contentious especially after 2016’s election where Clinton won the popular vote by 3 million people. How do you think the pandemic and multiple current crisis the US is facing right now will affect the election and it’s integrity?

A: Voting is more difficult because of the pandemic, but many states have made adjustments to their election administration to account for added health precautions and to making voting easier.

Dr. Victor is moderating a virtual discussion of potential outcomes of the 2020 election on Tuesday, October 27th at 6:30pm. Click here to RSVP and learn more about this upcoming event > 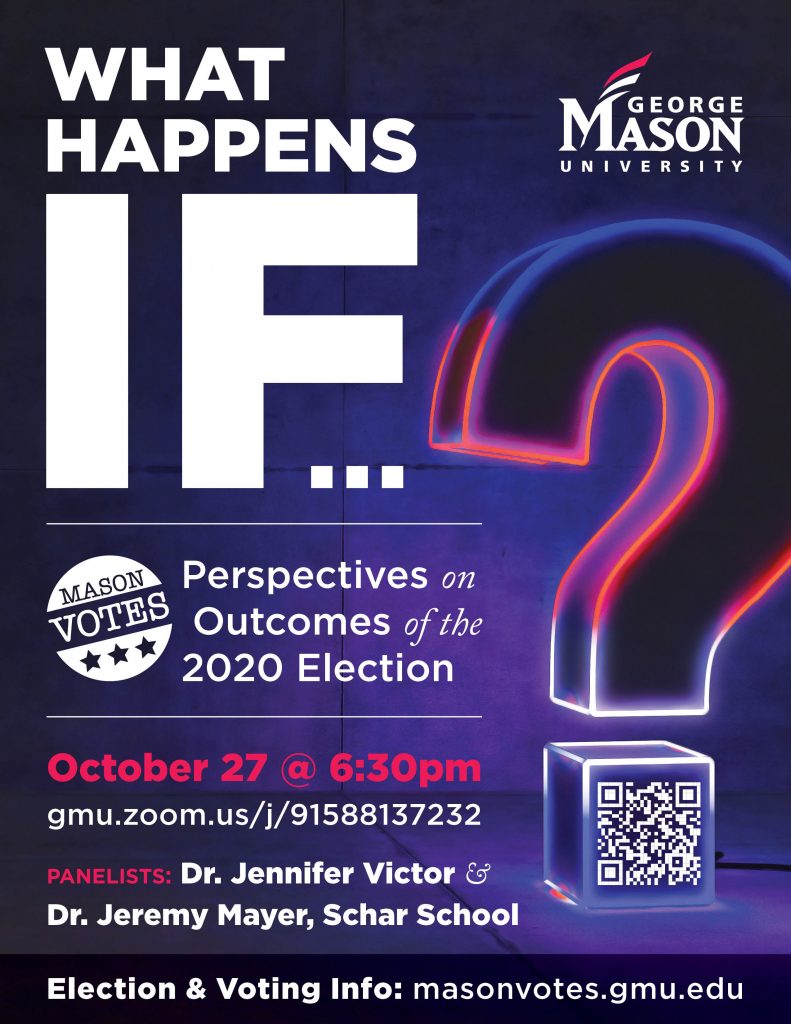