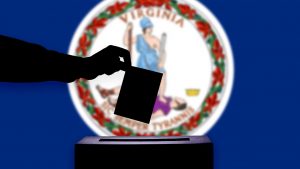 The Commonwealth of Virginia reported a 423% increase in early votes cast as of October 29, 2020. Photo by btgbtg/Getty Stock Images

One the eve of Election Day 2020, over 86 million Americans have voted early, smashing records and surpassing 2016 early voting data.

As both excitement and nerves surrounding the 2020 election grow, many states throughout the country are reporting that their early voter turnout has also grown. Virginia is one of these states, reporting a 423% increase in early votes cast as of October 29, 2020. The majority of these voters, over 1.5 million, have cast their ballots in person, while the rest have used absentee (mail in) ballots, leading to over 2.4 million voters casting a ballot so far. This makes up about 37% of entire registered voters in the state that have already cast their vote. In contrast, only 567,000 people cast early votes in 2016, with a total of 72% of the electorate voting in the election.

This sharp increase is even more pronounced in once “politically safe” states like Texas, where early voting totals have already eclipsed the entire 2016 general election turnout for the state. In the 2016 general election, 8.96 million people cast their ballot, but as of October 30, 2020 over 9 million people had already cast their vote early in Texas. They are the second state in the US to do this, joining Hawaii in breaking voter turnout records.

Most of this increase in early voting numbers is attributed to younger voter turnout. In Virginia, more than 281,000 young voters have already cast their vote, joining more than 1 million young voters who have already voted in Texas. This trend continues for the majority of battleground states, showing great excitement and high stakes for the upcoming election driving voter turnout in record numbers already.

With more than 86 million people in the US already casting their vote early, we are gearing up to see potentially record turnout in a very pivotal election. While the impact of these early vote numbers on the final outcome of the election is still uncertain, one thing is for sure, young people are making their voice heard and turning out in record numbers to make it happen.

Mason Votes encourages you to make your voice heard and vote on or before Election Day (November 3, 2020)!