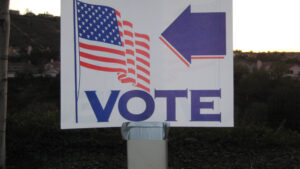 In 2017, the year of the last Virginia gubernatorial election, an NBC News/GenForward Poll showed that 71% of millenials believed that at least a third major political party was needed in the U.S. Current polls suggest that that trend hasn’t just sustained itself among young people, it’s expanded to both the younger Gen Z demographic as well as older populations.

So, four years later, has anything changed for this election cycle? The answer isn’t quite so simple. In one aspect of the electoral process, partisan primaries, the answer is yes.

Considering participation in partisan primaries is historically much lower than that in general elections, why hasn’t this increased choice advanced to November? Put simply, the answer lies in how we count the votes and administer elections.

Currently, most elections decide winners based on which candidate receives a plurality of the vote, not a majority. This means that a candidate isn’t required to secure an overall majority of voters in order to proceed to the Governor’s Mansion (or whichever seat they’re seeking). In an election with two candidates, this isn’t much of an issue. But when more candidates get involved, it can get messy.

This is where the phrase “spoiler candidate” comes into play as a way to describe how a third candidate’s entry into a race can pull like-minded voters away from either side and ultimately elect an unwanted opponent. Candidates with somewhat similar platforms risk splitting their shared voter base and allowing another candidate with a minority of the overall vote to win the entire election.

Realizing this, most voters choose to vote strategically for the candidate most likely to win, even if they’re not their preference. This applies to multiple elections in Virginia this cycle, including the gubernatorial election.

There are a variety of unique solutions to this issue, but one such solution already has significant support from both major parties and some third parties. Ranked choice voting seeks to eliminate so-called spoiler candidates through its process of ballot tabulations based on how a voter ranks various candidates. If no candidate receives a majority of support in the first count, the candidate with the lowest vote count is eliminated and their votes are redistributed to their voters’ second choice until a candidate reaches the 50% threshold.

Given the elimination of the spoiler candidate in a ranked choice voting model, voters are more likely to vote for their actual preference instead of voting strategically, which could lead to more viable third party or independent choices on the ballot. In this case, a more diverse group of candidates could compete in general elections without fear of “spoiling” their sides’ vote. Ranked choice voting has already been used in the Virginia Republican Primary, New York Democratic Primary, as well various national elections.

Is ranked choice voting the best solution to public opinion favoring more choices? Maybe, maybe not. It has its own disadvantages including “exhausted ballots”. Knowing this, readers should also keep in mind other choices such as proportional representation, star voting, or approval voting.

While no system is perfect, a growing number of Americans are looking for a solution that gives them more choices on the ballot and one of these models might be the answer.