“The voters did their job last time, they got people elected.“ 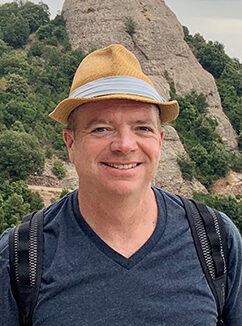 Mason Votes sat down with Char Miller, an associate professor at Mason’s Schar School of Policy and Government, to get his views on the state of democracy, the 2021 election, and more:

Q: In what ways do you think Democracy has changed in the United States and Virginia in recent years?

A: I think one thing that I should note here is that I live in D.C., so it’s hard to say what’s changing, to me, in the state moment by moment. One thing that was on my mind this morning in watching the election play out in Virginia was the attention to Toni Morrison, and that a candidate would make banning Toni Morrison a central component of their program was kind of alienating. It’s very disconcerting because, if I had to name the most important American novelist, Toni Morrison would be an easy pick. Its about race and questions about race in America. Toni Morrison has an ability to portray race in a very stark and terrifying way, and the slavery and post-slavery experiences of African Americans. In that way it seems like a recent development, but also a traditionally American hesitancy to confront the crime of slavery. The more it’s changed, the less its changed.

Q: How do you believe people’s personal perceptions about Democracy have changed?

A: The things that have been on people’s front-burner may in fact be traditional. The thrust to change voting, and the rules governing voting, is surprisingly tolerated in our sense that democracy should be expanded and not contracted. It is also a very familiar response to voting. People have become more democratic in a lot of ways. If you pick the right place to look, there’s a lot of democratic moments happening. Black Lives Matter, for me, is a very important moment in demanding democracy, not in terms of voting, but in terms of equal representation in front of the law, in that everyone should be treated the same. That’s certainly an important aspect of democracy that I would want to apply and say here are public pronouncements of valuing democracy to be hitting the streets. Things like constraints in voting rights is a less optimistic story, it seems like there are forces mobilizing to limit democracy deliberately. There’s very valuable moments of demand and articulation for greater democracy that produces, or is a response to, very powerful attempts to reduce it.

Q: How do you think that politicians and parties running for office are reflecting on these changes?

A: As not a Virginia resident, I can’t vote, and maybe that’s a point to underscore in an article about Democracy. The people who live in the District of Columbia, the nation’s Capital, don’t get the right to vote in Congress. Given the stalling of Biden’s program in Congress, if maybe D.C. had the vote, that would be very different. You see a place here where anti-democratic exclusion of a portion of the population from voting has real consequences for the majority of Americans who voted for something, such as Biden’s agenda. I saw Obama’s speech for Terry McAuliffe. On one level, it seemed perfectly fine. If you want the things that the left leaning part of the Democratic Party want, then you got to be voting. I’m troubled by the speech, as it came out in a kind of shaming way of “this is why you have to get out to vote.” My response was that this failure is within the Democratic Party, they’re in charge of Congress and the Executive right now, they can’t deliver this. The voters did their job last time, they got people elected. I’m not sure that continuing to blame the part for being tired and not getting out to vote for their candidates is accurate. I think this rhetoric distracts from the failure of leadership within the Democratic party. There’s a comfort in the failure if it sounds good here, without being held accountable for said failures. Its not the voters that have failed here.

Q: What are some ways you think citizens or lawmakers can mobilize themselves to ensure that democracy stays strong?

A: Get the vote for D.C. In this moment, that would really matter with the stalling of Congress. Giving D.C. state-like representation in Congress would cause a very different dynamic. That would be a place to talk to politicians. Speaking specifically to the Democratic party, why wouldn’t you be working hard for that? That’s a real win. They already work hard to get out the vote, why not work equally hard to get the right to vote for people who are explicitly denied the right? There’s a lot of arguments you could make here, and I don’t see them working hard enough to do that. In doing this, you would have to be making democratic arguments. What we want from the government is not a representation of the land that makes up a state, but of the people that make up that state. D.C. is a city, but in terms of population, that’s the important thing. In terms of democracy, that’s the important thing. It’s an easy answer for “How do you make the nation more democratic?” You can give the “colonies” representation, like D.C. and Puerto Rico. That goes in that direction.

A: There’s a lot of resources, and groups to join. Shutdown D.C. is one of them, and so is Black Lives Matter. These tend to be people who know how protests are going to be organized, and where they’re going to show up. If students at Mason want to be active in that form of democratic politics, those are good resources.