Born in Pittsburgh, Pennsylvania, Congressman Ron Paul of Texas is making his third bid for president. He got his B.S. from Gettysburg College and his M.D. from Duke University in 1961. After graduating from college, he served as a flight surgeon in the U.S. Air Force. Before being elected to Congress during a special election in 1976, he worked as an obstetrics and gynecology physician. 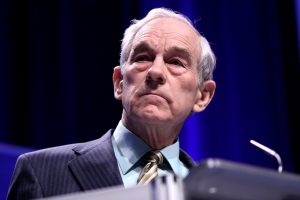 He worked in Congress from 1976-77 and 1979-85 before leaving to return to his medical practice. In 1997, he returned to Congress, where he now serves. He has announced his intentions to retire from Congress after his current term.

In his first campaign to become President of the United States in 1988, Paul ran as the Libertarian presidential nominee, but he has run under the Republican party for both of his subsequent attempts.

He and his wife Carol have five children, eighteen grandchildren and four great-grandchildren.