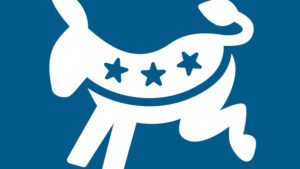 Failure to generate enthusiasm and a lack of fresh ideas are likely what doomed the 2021 Democratic ticket in Virginia. Illustration: dutchicon, iStock/Getty Images

As the dust settles on the 2021 Virginia Election Cycle, Democrats across the country are wondering what went wrong. While the end result was a close race, in a state where President Biden won by over 10 points, this was a blowout for Republicans and might signal a larger trend nationwide. So, what happened?

To start, one of the mistakes was how the party selected its candidates and what they were looking for in one. Like most recent elections, electability appeared to be the first concern of primary voters. Terry McAuliffe had already been elected once during an election with the same trend as this year’s (that the president’s party loses the Virginia Governor’s Mansion). McAuliffe was also a well-known moderate from Northern Virginia, a Democratic stronghold, that could appeal to a broader group of voters. Additionally, he had a strong national backing and a significant amount of money and fundraising ability. While this looks good on paper, as the results show, it wasn’t enough to convince a majority of Virginians that he deserved a second term.

Here’s where his strategy begins to unravel. In an election with an unpopular incumbent, the “appeal-to-the-moderates” strategy is usually effective as most people want stability. This is shown in President Biden’s 2020 victory. However, 2021 was not 2020, and Biden’s own sagging approval ratings didn’t help McAuliffe. Virginians wanted more policy and energy from their candidate. However, in response to this, McAuliffe made the mistake of nationalizing the race and trying to tie Glenn Youngkin to former President Trump. This was done while Youngkin was focusing on local issues that many likely voters were concerned about. Emotion typically outplays policy in many elections, but in this case it didn’t. This, in addition to the education gaff that Youngkin was easily able to utilize, led to an electorate that rapidly turned on McAuliffe and the Democrats at large.

Now, was there any scenario in which the Democrats could have won statewide and retained their majority in the House of Delegates? Many are beginning to believe that there was. While McAuliffe handily won the Democratic Primary, there were other candidates up and down the ballot with fresh faces, new ideas, diverse backgrounds, and (as multiple pundits have pointed out) who were from regions other than Northern Virginia. While all of these details are important, the regional factor is one to be highlighted. Outside of Northern Virginia, there is a stereotype and often animosity to the “Establishment Northern Virginia Democrats,” who are often seen as just an extension of Washington, D.C. (even among other Democrats). Given McAuliffe’s national connections, this likely had an even greater impact and should be considered in future races. Had one of the other candidates been nominated, instead of McAuliffe, they might have been able to generate more enthusiasm.

To sum up, there’s no one reason that Democrats failed on Tuesday, but a majority of the responsibility falls on McAuliffe for running a lackluster campaign that many saw as aimed towards former President Trump, not Glenn Youngkin. This, along with trends that disfavored the Democrats, an unusually politically savvy Republican opponent (for Virginia), a failure to generate enthusiasm, and a lack of fresh ideas are likely what doomed the 2021 Democratic Ticket.